'We investigate the patterns and mechanisms of genomic variation in disease' 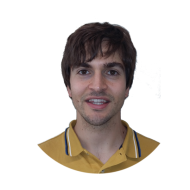 One third of the human genome is composed by millions of short repetitive sequences called retrotransposons. Although most of them are not active, each human being bears in his genome around one hundred copies with the potential to become active and propagate through a copy-and-paste mechanism termed retrotransposition. Recent studies have revealed that these copies can become really active in some tumours, promoting extensive somatic structural variation in the tumour genome.

I investigate the role of retrotransposons in the origin and development of cancer, what includes:

All this research is done through the computational analysis of thousands of tumour genomes within the framework of the International Cancer Genome consortium (ICGC).